5 Major Consequences of A DUI In Washington State 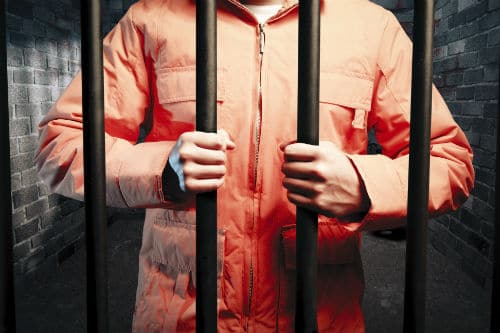 If you are convicted of a DUI, you will have to serve jail, house arrest, or both. For a first time Washington DUI, you must serve at least day in jail or fifteen days of house arrest. If there are aggravating circumstances the sentence can be higher. For a second offense or subsequent offense the mandatory minimum sentences can be much higher. In some cases, it might be Additionally, it may be possible to negotiate your DUI down to an offense that does not have a mandatory jail sentence.

This will be difficult if not impossible to do on your own, so it pays to hire an experienced DUI attorney if you are facing a DUI charge.

If you are convicted of a DUI in Washington, you will typically be placed on probation for a term of five years (unless the court sentences you to the maximum sentence of one year). The court has discretion to decide what type of probation is required. Probation generally falls into two categories: bench and active probation.

An average DUI may require that you obtain an alcohol and drug assessment from a Washington approved treatment agency and follow through with whatever treatment is recommended. This treatment can range from a one time informational class to months and months of treatment. You will also likely be required to attend a victim’s panel where you hear about the potential impact a DUI can have on society. In some cases you may also be required to pay restitution to victims if your DUI caused injury or property damage. Depending on the facts of the case, the court can also impose other conditions of probation that it thinks are necessary to make sure you don’t reoffend.

Assuming you complete all of the tasks in a timely fashion, your probation will transition into a dormant status once you’ve completed each requirement. If you don’t do the conditions quickly, you can face potential probation sanctions from the court for failing to follow the court’s instructions. Repeated failures can also lead a bench probation to be converted into an active probation.

Active probation is typically much more involved. You will be assigned a probation officer who actively monitors that you are following the court’s orders and not violating any laws. You can be required to regularly meet with your probation officer. You may also be required to randomly submit to alcohol and drug urinalysis testing. Modern urine tests can test some drugs for weeks after use and can test for alcohol usage for up to a week. If you are found to have violated the terms of your probation, you can face sanctions from the court (i.e., jail, house arrest, or work crew). Furthermore, your probation officer can order you to come in for surprise visits. You might be at work and ordered to drop everything and come in the same day. Obviously, this can negatively affect your job if your employer cannot afford to have you randomly unavailable for work.

Additionally, if you are convicted of a DUI in court, your license can be suspended for 90 days, one year, two years, or more based on the circumstances.

It is also important to remember that simply getting your license suspended doesn’t mean you won’t be able to drive. Washington offers a restricted license that will allow you to continue to drive over the term of the suspension. That Ignition Interlock License requires you install an ignition interlock device in your vehicle and obtain SR-22 insurance. Despite these downsides, the license will let you drive under no time or purpose restrictions, so you can continue to drive wherever life requires you to.

Refusing to take a breath test in a DUI case can cause you a two year license suspension in the criminal case on a first offense. This is a lot longer than the potential 90 day suspension for simply blowing over the legal limit. Additionally, a DUI refusal conviction requires more jail than a conviction for a regular DUI charge.

Despite this, a DUI refusal case can be harder to prove in trial for the prosecution. Without a breath test over the legal limit, a jury may be left wondering whether they actually proved you were impaired. Although a refusal can be argued as evidence of guilt, it is far less reliable as evidence than a breath test proving you were over the legal limit.

The take away: just don’t risk it.

A license suspension resulting from a DUI will require that you obtain SR-22 insurance. SR-22 insurance is additional coverage based on your high risk driving record. Once you can get your license reinstated, you must maintain proof with the Department of Licensing that you have this additional insurance coverage. If you let it lapse, your license will be re-suspended until you provide proof that SR-22 has been again obtained.