Physical Control Of Vehicle Under The Influence

You are here: Home1 / Physical Control Of Vehicle Under The Influence

Physical Control Of Vehicle Under The Influence 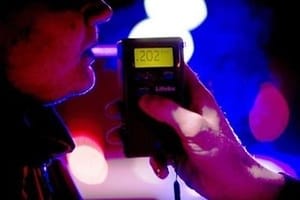 RCW 46.61.504 defines Physical control of a vehicle under the influence as a gross misdemeanor punishable by up to 364 days in jail and a $5,000 fine.  It also can carry a license suspension from 90 day to several years depending on your criminal history.  A conviction will typically require that you carry SR-22 insurance for 36 months as well as equip your vehicle with an ignition interlock device for at least one year.

Physical Control Vs. DUI In Washington

Under Washington law, Physical Control charges are treated the exact same as a DUI when it comes to punishment.  It may seem strange that Washington treats it the exact same to be behind the wheel of a stationary vehicle while impaired as driving one down the road.  But despite your common sense confusion, you can face the same amount of jail, license suspension, probation, and court-ordered treatment regardless of whether the vehicle was actually in motion.

What Does Physical Control Mean?

Even worse is that the term “actual physical control” as used in the statute isn’t even defined under the law.  However, case law has found it to be a crime to be behind the wheel of a vehicle with the engine running.  There are other potential situations that might be construed to be “actual physical control” that haven’t yet happened, but sitting in the driver’s seat with the engine running is the classic example.

Unlike DUI, a Physical Control charge has one shining defense that is not available for a DUI charge.  It is a defense to a Physical Control charge if you are “safely off of the roadway”.  To avail yourself to this defense, you must have safely moved the vehicle off of the roadway prior to being pursued by a law enforcement officer.  One complicating factor for this defense is that raising this defense may require you to prove that you moved the vehicle off of the road, which may require testimony that you drove the vehicle.  This would then implicate you in a DUI charge.  This can seem rather tricky.  If it does, this is by design.  Physical Control doesn’t seek to reward DUI drivers who drive then think better of it.  Rather, it seeks only to not punish those who didn’t drive while impaired.  Nevertheless, being behind the wheel of a stationary vehicle can sometimes result in beating the charges so long as you are not parked in the road.

In such a case, it is vital that you don’t admit to driving, so raising your Fifth Amendment right to remain silent when questioned by the police is always a good idea.  Police may try to charge you for sleeping in the driver’s seat, especially if you have the vehicle running.  And while it is never a good idea to get behind the wheel of a car while impaired, it is really important to not have the engine running, because this again is the classic case of Physical Control.

If you have been charged with Physical Control of a Vehicle While Under the Influence, it pays to consult with an experienced DUI attorney who can help you develop a defense, negotiate on your behalf and possibly fight the charge at trial.  The stakes are high, so it pays to have experience and expertise on your side.  At Priest Criminal Defense, we have handled countless DUI and Physical Control cases, so we know how to evaluate your case and help you get the best possible outcome.  We offer a free no-obligations case evaluation on every case, so call us today to schedule your consultation.  When your liberty and right to drive are on the line, there really is no other smart choice then to call VanWa Legal today.

If you have been charged with a BUI or DUI in Clark County or Vancouver WA, time is of the essence!