Things to Remember in a Washington DUI Investigation 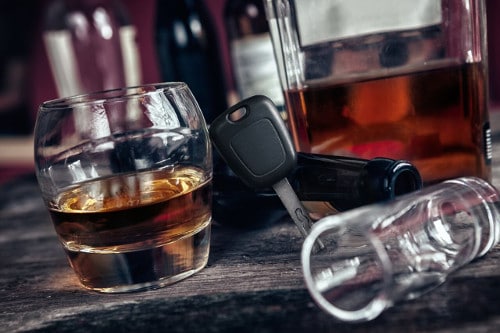 Hi, my name is Roger Priest and I’m a local DUI attorney in Vancouver, Washington with Vanwa Legal PLLC. Today, I want to talk to you about a question I often get from clients. Which is, What are my rights? What are my obligations if I’m pulled over by the police for a DUI?

Basically, What do I have to do and what don’t I have to do?  It’s just a good question because it can be scary to deal with the police but the first right that you should always consider is your right to be quiet. Ultimately cops it is their job to ask you questions and to try to build a case against you to get you convicted. And it is your constitutional right to tell them that you wish to invoke your right to the fifth amendment which is your right to remain silent.

So, how do you do that? Well, first and foremost you have to understand that answering their questions truthfully is going to hurt your case, every time. And some people often tell me well, I just wanted to do what the cops told me to do because you know, they’re in a position of authority. But it’s important you understand that that will hurt your case. So, don’t do it!

What does that mean though? You certainly shouldn’t lie to the police, if you lie to them it will hurt your credibility in your case and it could also potentially lead to additional criminal charges.

So, what do you do? Just say, “I want to remain silent.” that tells them succinctly that you are invoking your right to remain silent and they will stop asking you questions. It will not get you into any trouble and it can only help your case.

Well, if you do the field sobriety tests, understand that that will make your defense attorney’s job harder. It will make the case less defensible.

And you don’t be afraid to explain yourself if the law enforcement officer asks you to do field sobriety tests, it is a-okay to tell them that you have a medical reason that would prevent you from doing it or inclement weather, you’re not going to do it out in the rain which is very common here, if you’re afraid of being hit by cars on the side of the interstate you can cite that as a reason why you’re not willing to do it and you can also throw me under the bus and say that you’ve talked to an attorney and you’ve been advised that the field sobriety tests are stacked against you.

So, there is no good reason to do it. It can’t be used against you if you don’t provide a sample but if you do provide a sample it can later be used to justify an arrest. The officer and a probable cause hearing can argue that it gave him reason to arrest you and that can hurt your case.

Again, doing it will make it harder for your attorney to defend your case and you always want to be careful with sneaky language by the officer. They’ll often say, “I just want to make sure you’re okay to drive” or you know, “If you don’t blow on this I’ll have to make my arrest decision based off of just the information I know”. And that can make it feel scary like you’re going to get arrested if you don’t do it but understand that if you provide a breath sample even if it’s below the legal limit you may very well be getting arrested anyway. So you would be better served not to provide them this evidence. Especially considering it can’t be used against you and you won’t get any trouble declining.

The most important this is asking to talk to an attorney. You, after being arrested have the right to call an attorney and oftentimes they will provide a list of attorneys that you can call. You can also call a specific attorney if you have someone in mind like me. There are literally zero downsides to asking to speak to an attorney. First and first and foremost, you’ll learn what your rights and obligations are, what you do and don’t have to do and you can ask tough legal questions that you don’t know the answers to.

Additionally, delay can be your friend. As your blood-alcohol concentration falls during the time that you’re talking to an attorney. That could ultimately lead to a more defensible case or a more negotiable case. And additionally, by invoking your right if the law enforcement makes any mistakes and not providing you one. That will also prison defenses that you can rely on later.

Well, the pros and the cons are; it is easier to win at trial if you refuse a breath test than if you blow over the legal limit. So, there are some benefits sometimes to refusing however, a refusal can cause you to serve more jail if you’re convicted and it will lead to a longer license suspension in most cases. So, there are some definite trade-off there.

Blood testing, this is important in drug DUIs but sometimes an alcohol DUIs as well. First and foremost, you should never volunteer your blood. Oftentimes law enforcement will ask you to agree to a blood test as part of their investigation. That gets them an out of having to seek a warrant.

If they ask to draw your blood, make them get a warrant. First and foremost the delay will be to your benefit in the time that takes them to do the paperwork and if you agree, you will not be able to later complain that the blood draw was taken incorrectly because you have effectively agreed to it.

I hope that was helpful and if you have any more specific questions, please feel free to give me a call. We offer a free consultation on every DUI case.

Thanks and have a wonderful day!