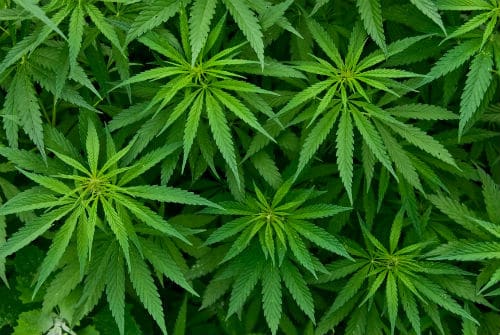 Marijuana DUIs in Washington, although not new, are becoming more common in Washington since marijuana was legalized in 2012.  They are still far from as prevalent as alcohol related DUIs, but it pays to understand how they work so you can avoid arrest and prosecution.  Unlike alcohol, marijuana use doesn’t often smell as much.  If you drink alcohol, it will permeate your breath and body.  As you drive, it will fill up the cabin of the car.  If you are pulled over after drinking it is common that the officer will be able to smell it on your person.

Marijuana definitely has a distinct smell if you smoke the plant itself, either in the car or soon before driving.  Otherwise, however, ingesting edibles or using a vaporizer pen to use marijuana renders it impossible to smell.  So, unlike an alcohol DUI, officers will not be able to immediately identify a potential DUI on smell alone.

Most marijuana DUIs start off with some level of suspicion based on the driver’s physical characteristics or inability to track the conversation with the police officer.

Common signs are red or squinty eyes, cotton-mouth, and confusion or slow reaction timing.  However, for the most part, marijuana usage is harder to detect than drinking.

The standardized field sobriety tests developed for DUIs in the seventies were designed specifically with alcohol in mind.  Although there is some applicability to generalized impairment, they are far poorer at detecting marijuana impairment than alcohol impairment.  Specifically, the Horizontal Gaze Nystagmus (pen-eye test) is only designed to detect alcohol impairment and will not show marijuana impairment at all.  Nystagmus (an involuntary jerking of the eye that is being tested for) will occur after drinking alcohol but not after consuming marijuana.

The Walk and Turn and One Leg Stand tests are more generalized motor-skill tests that can show basic impairment not connected with any particular class of drug.

One of the most successful roadside tools for detecting DUIs is the portable breath test.  However, this tests only for alcohol use.  There is no technology to test for direct evidence of marijuana use without a blood draw.

Because blood testing is the only solid way to help prove marijuana consumption, officers who suspect a marijuana DUI will typically quickly ask a suspect to consent to a blood draw.  The constitution protects us all from unreasonable searches.  Taking your blood for drug testing is a search, so you are not required to do it without a warrant.  An officer may ask you to do it in order to avoid having to do the paperwork necessary to seek a warrant.  If you agree to do it, you waive your constitutional protections an cannot later complain if that evidence is used against you.  Therefore, it is never wise to agree to give up your blood voluntarily.  If you are sober, then making them arrest you and get a warrant might even lead to a lawsuit against the police.  If you have been using marijuana or other drugs, then you should definitely make them get a warrant to protect your legal rights.  If you volunteer your blood, you are effectively asking them to convict you of a DUI.  There are no upsides to agreeing to do a blood draw.  MAKE THEM GET A WARRANT.

Washington has adopted a legal limit for marijuana DUIs of 5 nanograms per milliliter of blood drawn.  The problem with this “legal limit” is that it is arbitrary.  It is not based on any valid scientific consensus or reasoning.  The alcohol legal limit is based on a lot of research over decades.  Because Washington rushed to make a similar “legal limit” rule for marijuana DUIs after it became legal, they effectively pulled a number out of thin air.  In fact, there is great debate in the scientific community about the effectiveness of a legal limit approach.

Marijuana does not work the same way as alcohol so it is therefore hard to adopt similar methods of regulating its use.  Marijuana attaches to fat in the body after use and will actually stick around for a lot longer.  As your body breaks down its fat reserves, THC (the active ingredient in marijuana) will actually “leach” back into the blood stream days and weeks after use.  For people who use it daily, it can compound quickly and you can have over the legal limit in your blood on days you haven’t even used the drug.  So, it is possible to be entirely sober and be above the legal limit in certain circumstances.

Additionally, the manner in which you use marijuana can make a great difference in how much THC is in your blood.  Eating THC will actually not show up in your blood as much, even though you may be extremely impaired, while relatively light use from smoking show a greater THC component than eating it.

To compare it to drinking, it would be like if shooting tequila affected your blood alcohol concentration half as bad as drinking beer, even though tequila actually impaired you worse.  This is why the legal limit is unfortunately not a good indicator of impairment.  Considering the law aims to punish impairment and not an arbitrary line in the sand, it does a poor job of actually hitting its target.

Because of the nature of the DUI law, a constitutional challenge to the Washington Marijuana DUI framework may be necessary to resolve this issue.  It doesn’t help the average person in Washington who is simply trying to follow the law.  The best advice for now is don’t drive after using marijuana.  This may not be comforting to a regular user who worries about getting a DUI charge when they aren’t under the influence.  However, understanding how the law works and your rights when facing a DUI investigation can help you best avoid having to go to court to defend against a DUI.