Were You Arrested For Drunk Driving In Clark County Washington?

Deciding to make a DUI arrest is a legally significant decision for a police officer in two major ways. First, an officer’s arrest must be supported by probable cause. In essence, this means that an officer’s DUI arrest must be supported by a certain amount of evidence. If the officer doesn’t have enough evidence when he makes the arrest, the court will likely dismiss the case. Second, police must read Miranda warnings to a suspect after arrest before they can start asking the suspect questions. There are many subtleties to these rules, but these are the basics.

People have a constitutional right not be arrested unreasonably. For a DUI arrest to be proper, a judge must agree that there was enough evidence that a reasonable officer would believe, more likely than not, that the suspect committed a crime. This standard is called probable cause. A criminal defense lawyer can sometimes challenge whether probable cause existed to make an arrest. If a judge agrees that the officer did not have probable cause to arrest, all evidence gathered as a result of the arrest is inadmissible at trial. This can include evidence found from a search of the suspect, confessions, and much more. Successfully challenging probable cause for a DUI arrest will result in dismissal of the criminal charges in most cases. This is so because the amount of evidence necessary for probable cause is much lower than the amount of evidence necessary to convict (proof beyond a reasonable doubt). If police don’t have enough evidence to convince a judge that a suspect committed a crime more likely than not, chances are low that they can convince a jury that the same suspect committed a crime beyond all reasonable doubt.

Were You Read Your Miranda Warnings? Time To Call Us

In 1963, Ernesto Miranda was arrested on circumstantial evidence that he had kidnapped and raped a young woman. After two hours of interrogation, Miranda signed a confession. He was never told that had a right an attorney, nor that he had a right to remain silent. The Supreme Court of the United States, on appeal, decided that police interrogations while under arrest are coercive by nature. Because police interrogations are so naturally coercive, the Supreme Court held that criminal defendants cannot truly be said to waive their rights to remain silent or speak with an attorney unless specifically informed of those rights and asked if they will, in fact, waive that right.

The Supreme Court further decided that if a criminal suspect:

"...indicates in any manner, at any time prior to or during questioning, that he wishes to remain silent, the interrogation must cease . . . . If the individual states that he wants an attorney, the interrogation must cease until an attorney is present. At that time, the individual must have an opportunity to confer with the attorney and to have him present during any subsequent questioning."

Miranda’s conviction was overturned and he was awarded a new trial where his written confession to the police was excluded from evidence. Interestingly, Miranda was again convicted because he also confessed to his roommate who testified against him at trial. Ironically, Miranda was later stabbed to death in a bar fight. The only suspect in the case invoked his right to remain silent after receiving Miranda warnings. No charges were ever brought against him for lack of evidence.

Understanding Your Rights Under Miranda

Cops usually read you the Miranda warnings quickly from a printed card. Rarely will a cop give you more information than he has to by law. Furthermore, police are professionally trained to maintain a cold demeanor towards you to dissuade you from asking follow-up questions. In fact, cops often give the impression, through their demeanor, that “it would be a bad idea ” to refuse to answer their questions. To be fair, cops are not in the business of being your buddy. They aren’t there to give you advice and they certainly aren’t paid to help you avoid a conviction. They get job security by making sure that you get convicted of the crime they arrest you for. So, don’t expect the police to make it easy on you. The police want to read you the Miranda card and quickly get on with the interrogation. You can expect the typical Miranda warnings to go something like this:

The “All Business Cop” Miranda Warnings 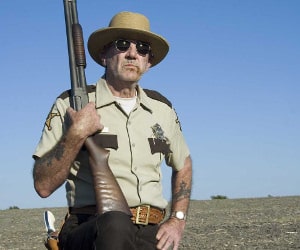 Now imagine an entirely different type of cop. One who isn’t concerned with getting you convicted, but one who is most concerned with preserving your civil liberties. The Buddy Cop might take time to explain your Miranda rights in a manner that sells you on the virtues of exercising your constitutional rights. In a fantasy world like this, the Miranda warnings might go something like this: 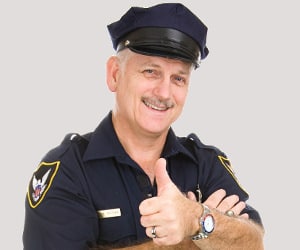 The "Buddy Cop" Miranda Warnings I am going to try to get you to confess to me that committed a crime so I can testify against you later in court. You don’t have to answer any questions or even talk to me. If you simply say “I don’t want to answer any questions”, I’ll immediately stop asking you questions. If you want to talk to an attorney before deciding, I’ll leave you alone until you have that opportunity. If you simply say “I want an attorney”, I’ll immediately stop asking you questions. You can’t get into trouble for not answering my questions, so there is really no downside to keeping quiet.

Respectfully Request Your Right To A Lawyer During A DUI Arrest

Don’t hold your breath waiting to meet cop number two. Nevertheless, both statements are correct under the law. The sooner you realize that the second statement is the better way to think about your rights, the better you’ll be. Hopefully, you are never in a position to need to exercise your rights under Miranda. However, as a professional criminal defense attorney, I can tell you that there is almost no reason to answer police questions, whether you are guilty or not. I see hundreds of cases a year, and almost no one exercises their right to remain silent. And even fewer exercise their right to an attorney until it is too late. Once you understand that your constitutional rights are sacred, you might not be so quick to give them up just because a police officer asks you to.

Want To Discuss Your Case With Roger Priest? Get A Free Case Evaluation Now

For A Complimentary Consultation

Driving under the influence

Aaron M
by Aaron M on VanWa Legal PLLC
I put my trust in Roger and he didn't let me down.

Roger Priest is professional, intelligent and experienced, you can tell by the way he holds himself in court. Out of the 21 lawyers I interviewed and compared on an excel spreadsheet. I put my trust in Roger and he didn't let me down.

JB
by JB on VanWa Legal PLLC
Mr. Priest definitely deserves a 5 star rating for his devotion and overall performance.

Roger Priest was my Criminal Attorney for a DUI case I had in 2018. Through out the whole process he was in contact and always was reassuring! He gave his honest opinion on rather or not if my case would be worth going to trial, which is hard to come by! Today I left the courtroom a free man to come home to my family with a lot of tension lifted off my shoulders because of how he was articulate and presented my defense. I am very lucky to have him in my corner and to be spared. I will take this experience as a wake up call because these opportunities don't come too often! Mr. Priest definitely deserves a 5 star rating for his devotion and overall performance.

Will a DUI Result in a License Suspension?

How Long Will My License Be Suspended if I Get a DUI?

Should I Take a Breath Test When Charged With DUI?

Will a DUI Result in a License Suspension?

How Long Will My License Be Suspended if I Get a DUI?

This website is not designed to be particularized legal advice for any individual case. Any information contained herein is for generally informative purposes and cannot substitute for the assistance of an actual attorney. Simply reading this website does not create any attorney-client relationship between the reader and Roger Priest or VanWa Legal PLLC. Rather, if you wish to have the assistance of an attorney with your particular case, call to schedule a free consultation with Roger Priest.