The DUI Process in Washington State 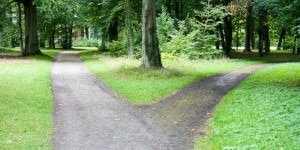 If you’ve been charged with a DUI in Washington, your case will likely follow a predictable process.  It begins with police contact.  It can either end in a dismissal, acquittal, or some form of conviction and sentence.  Although there are endless scenarios and no two cases are alike, many of the issues in a DUI case are common.  This page is designed to help walk you through a “typical” case so you can get a birds-eye view of a DUI case and understand how the process works, start to finish.  While each of these phases will seem routine to a seasoned DUI lawyer, they will all seem strange and potentially scary to you.  But by reading this  page, you can gain better understanding of the process.  With this information, hopefully the entire process will seem less scary.  Because in the end, being scared won’t help you beyond hopefully helping you think twice before putting yourself in a position where you could be charged with another DUI.

If you are pulled over and suspected of a DUI, the police will start asking you questions about whether you’ve been drinking or doing drugs.  These questions are designed to gather evidence to use against you in court.  So, if the officer asks you how much you’ve had to drink, realize there is no good answer to this question if you have been drinking.  If you admit to drinking, that will be used against you.  If you have been drinking and say you have not, that will be used to undermine your credibility in court.  The only acceptable answer you can give is, “I want to invoke my right to remain silent.”  The constitution permits you to not answer incriminating questions and elect to “remain silent” instead.  It is important to tell them you are invoking your right to remain silent, rather than simply sitting silently.  Your naked silence might be used as evidence to suggest that you were to impaired to process what was going on.  In short, they may try to say you were in a drunken stupor.

To be clear, the field sobriety tests usually include dozens and dozens of instructions.  Most people underestimate what is being asked of them.  It is not uncommon to think, they just want to know if I can walk down a line and back.  So long as I don’t fall down, I’m good to go.  In fact, the field sobriety tests test for much smaller things.  The tests are designed to see if you raise your arms for balance, whether you touch your heel to your toe when walking, whether you take the exact number of steps requested, and whether you take the turn exactly as instructed.  Field sobriety tests are much closer to a dance competition than you think.  You will get docked for things you didn’t think were important, because the instructions are often not clear on what is expected of you and what is being given weight.

Don’t be afraid to ask lots of questions before the test.  Don’t be afraid to ask for the instructions to be provided to you multiple times before starting.  Also, don’t be afraid to ask that the tests be recorded.  You can even ask to have them recorded for posterity.  Then if the officer says you refused to do the test, you can simply explain that you were willing to do the tests if there was going to be an accurate record of your results, rather than just the officer’s recollection.  As time goes by, body cams and dashcams in police investigations become more and more common, however, they aren’t used by every agency yet.  There is nothing wrong in requesting that the police investigation be accurately recorded.  It might protect you.

Roadside breath tests are not admissible at trial in Washington.  They are admissible in a probable cause hearing however.  If you challenge whether your arrest was lawful, the police will be able to tout a roadside breath test that was over the legal limit as evidence that led them to arrest you.  The judge will give those results great weight, even though a jury would never be able to consider those results.  Furthermore, you are not obligated to provide a breath test on a portable breath test during a DUI investigation.  You are within your rights to simply decline that breath test and wait for the more accurate breath test at the police station.  The officer will likely arrest you no matter what you do here, so why give proof that you are over the legal limit at this point?  They may even tell you that taking the breath test might help you.  In my experience, police will arrest you even if you blow under the legal limit roadside, so there is little incentive to taking the portable breath test.

If you are arrested for DUI, you will be taken down to the station and asked to take a formal Draeger breath test.  You will also be advised of your miranda warnings and asked a series of questions to help build a case against you.  The most important thing to do at this point is request to talk to an attorney.

Right to an Attorney

At the station, they are required to give you an opportunity to talk to a lawyer.  Do not take no for an answer.  They may have a list of attorneys you can call.  The officer may insist on dialing them for you.  In fact, they may not even let you touch the phone until an attorney actually answers.  Far too often, I have clients ask to talk to an attorney and then never actually talk to an attorney.  If the officer tries to give you a few chances to call an attorney and then hurries you along to take the breath test, insist on continuing to make calls.

It is true that many attorneys are asleep during peak DUI investigation hours.  You may be able to arrange on the phone for an attorney to come meet you at the police station.  At the station, an officer can act as a witness and can advise you along the way.  You will have to pay an attorney for their time, but there is no better way to protect yourself.  Under no circumstance should you agree to stop calling attorneys if you are unable to reach one right away.  Keep trying to talk to an attorney until you get to talk to someone.  If no one on the attorney list answers, ask for a phone book.  Ask to have access to the internet to find someone to talk to.  If the cops refuse, you may have grounds to argue later that they interfered with your constitutional rights.  This may lead to winning your case or getting a better negotiated deal.

You will also be advised of your implied consent warnings.  Under Washington law, no breath test is admissible unless you were first advised of your right to refuse the breath test.  You will also be advised that there are certain downsides to refusing a breath test, including a longer license suspension.  You are allowed to ask questions about theses warnings.  If they are confusing, do not sign the form until you’ve had a chance to ask questions.  You can also insist on talking to an attorney about the implied consent laws.

You are also entitled under law to independent testing.  Breath tests are only so accurate. In fact, they can become inaccurate if they are not properly administered.  There is no substitute for a blood test.  Especially in close call cases, it pays to request the right to get a blood test.  If you blow just over the legal limit, insist on a blood test.  The police may not be obligated to conduct the blood test for you, but they are required to allow you to get an independent blood test.  If they book you into jail, they must give you access to a phone so you can arrange for blood testing.  They may be required to transport you to a blood test to if there is no alternative means for you to get the blood test completed.  If you are not booked and are allowed to go home after the investigation, you can arrange for your own blood test.  Time is of the essence.  Ask the officer how and where to get the independent blood test done.  Again, ask to record the police investigation so there is an accurate recording of what you are being told by the officer.  It is especially important to seek independent testing if you think you may have been involuntarily drugged.  Sometimes, women are drugged at bars by sexual predators.  Perhaps you had a drink or two, but then you somehow ended up blacked out.  Proving the existence of a date rape drug in your system may help you raise a defense.  These drugs might stay in your system for a few days, so getting a blood test and or urine test the following day might prove helpful in your case.

After Being Charged with DUI

Do not delay in consulting with a lawyer.  Vancouver WA DUI lawyer Roger Priest is available for a free consultation every day of the week.  The longer you wait, the greater the chance that you might miss a vital step.  Even if you aren’t sure whether you can afford an attorney, it pays to schedule a free consultation, just to get your questions answered.  A DUI lawyer can help you take control of your destiny and empower you to get ahead of the charges.  Once on the case, a DUI lawyer can help you mitigate the circumstances and help negotiate on your behalf.  I’ve yet to meet a client yet who wishes they would have handled their DUI alone.  The process is scary and foreign, so it pays to have an expert in your corner.

You will likely also face a DUI license suspension action by the Washington Department of Licensing.  This is separate from your criminal case.  You must request a hearing to fight this suspension and you will only have 20 days from the date of arrest to request this hearing.  A lawyer can help you in this hearing.