DUI Field sobriety tests are a battery of mental and physical tests police put drivers through to decide whether a driver has been drinking and whether the driver seems impaired by alcohol.

Field sobriety tests are voluntary under the law.  In fact, the tests are inadmissible in court if the police don’t tell that they are voluntary.  However, Washington DUI law defines voluntary to mean simply that it is not against the law to refuse the tests.  Prosecutors are allowed to argue to a jury that a refusal to do the tests is evidence of guilt.

So, to take or not to take DUI Field Sobriety Tests? That is the question. There are consequences to both taking and refusing field sobriety tests. Unless you are very familiar with the tests, it is possible to fail simply because you didn’t know what was being tested. Refusing to take the tests can also be used against you. Proceed with caution, whichever way you choose. Either way, understanding how the tests work will better help you decide what choice to make. 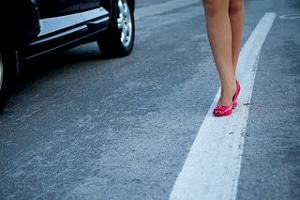 The Horizontal Gaze Nystagmus (HGN) test is an eye test. It is the DUI field sobriety test where the officer has you follow his pen with your eyes. At its most basic level, the HGN test checks for nystagmus (involuntary jerking of the eye muscles). While everyone experiences nystagmus, it is often imperceptible. Drinking alcohol causes nystagmus to worsen so that it can be observed.

Your eyes are moved by your eye muscles. When you look anywhere other than straight ahead, your eye muscles have to do work. As your eye muscles work, they get tired. Nystagmus is when the strain is noticeable. Imagine if you held a dumbbell up with your arm. Eventually, your arm would get tired and your arm would shake from fatigue. Your eyes are no different. If you strain your eyes to the side, your eyes will jerk back towards center imperceptibly. As you drink alcohol, the nystagmus becomes more pronounced and can be seen.

The HGN test checks for nystagmus in three phases, where a total of six clues of nystagmus are tested (three phases times two eyes per phase).

In the first phase, officers check for a “lack of smooth pursuit”. In this phase, the officer passes the pen slowly from side to side, back and forth.

The officer looks to see if the eye jerks (stops and starts) along the path of following the pen. If both eyes jerk, that constitutes two clues of nystagmus.

In the second phase, officers check for “distinct and sustained nystagmus at maximum deviation”. In this phase, the officer holds the pen off to one side of your peripheral vision and asks you to focus on the pen. The officer is checking for “distinct and sustained” nystagmus. The phase is repeated for the second eye and if both eyes jerk, that constitutes two more clues of nystagmus.

Phase 3 – Onset of Nystagmus Prior to 45 Degrees

In the third phase, officers check for an “onset of nystagmus prior to 45 degrees”. In this last phase, the officer holds pen about 45 degrees off from just in front of your nose (i.e., just past your ear). After testing both eyes, if the officer sees jerking at this lesser angle in both eyes, that constitutes two final clues of nystagmus. Officers are trained to say you failed this test if they see four “clues” of nystagmus out of the six possible.

The science behind this test suggests that the first type of nystagmus you will show from drinking is the “lack of smooth pursuit”. As you get more impaired, you will show “distinct and sustained nystagmus at maximum deviation”. The more alcohol you consume, you will eventually show an “onset of nystagmus prior to 45 degrees”.

There have been some correlation studies holding that showing all six clues is a reliable indicator that your blood alcohol concentration is above the legal limit of 0.08%.

During the Walk and Turn test, the officer tells you to stand with one foot in front of the other, touching heel-to-toe, while receiving the instructions. The purpose of having you stand this way is to force you to receive the instructions while balancing, thereby dividing your attention between the two tasks.

While standing there, you are instructed that you will take nine steps down a line (often imaginary), touching each step heel-to-toe, and counting each step out loud while looking at your feet. After nine steps, you are instructed that you will keep you lead foot planted and take a serious of small steps with your other foot until you are facing down the line. You are then instructed to take nine more steps back down the line in the exact manner as before. Once the instructions are finished and you are given an opportunity to ask any clarifying questions, the officer looks for 8 specific indicators of impairment:

The National Highway Traffic Safety Administration validation studies indicate that showing 2 or more of the above indicators of impairment are 68% reliable to show a blood alcohol concentration of 0.10%.  If you step off line 3 or more times, seem to be in danger of falling, or cannot complete the test at all, officers are taught to end the test and consider that a “failure” of the test.

The final standardized field sobriety test is another divided attention test, called the One Leg Stand Test. In that test, the officer instructs you to stand with you feet together while you receive the instructions. You are instructed to raise one leg of your choosing and maintain the other foot about 6 inches off of the ground and parallel to the ground. While looking at that foot, you are supposed to count out loud “one thousand and one”, “one thousand and two”, “one thousand and three”, etc. The officer keeps time and tells you to stop when his timer reaches thirty. During the test, the officer looks for 4 specific indicators of impairment:

Officers are trained that 2 or more of these indicators constitutes a failure of the test. The NHTSA validation studies suggest that 2 or more of these indicators shows a blood alcohol concentration of 0.10% approximately 65% of the time. If you put your foot down 3 or more times during the test or cannot complete the test, the officer is trained to end the test and treat it as a failure. 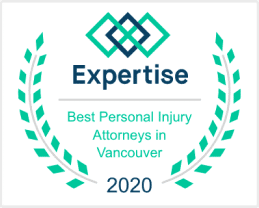 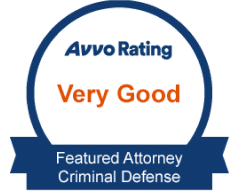