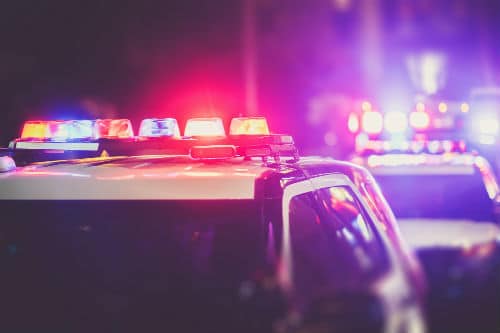 As a DUI lawyer, I consult with a lot of people.  Through the years, I’ve heard the same questions over and over.  Because prospective clients often don’t know these keys concepts about a DUI case, I thought it would be helpful to write an article about the five most important things to keep in mind if you are ever facing a DUI investigation or case.

1 – You have the right to remain silent regarding all questions that might incriminate you.

If you are pulled over and an officer starts asking whether you’ve been drinking alcohol or using drugs, you are being investigated for a DUI.  The officer is trying to get you to admit you’ve been using drugs or alcohol in order to build a case of DUI against you.  The officer might be recording you on audio or video during this questioning.  That video will later be shown to a jury at your DUI trial to help prove the case against you.

If you have been drinking at all, there is no answer you can give that will help you here.  If you are honest and admit to drinking, you are incriminating yourself.  If you lie to the cop, it will hurt your credibility at the DUI trial later.  Also, it is a crime to knowingly make a materially false statement to an officer during their investigation.  So what should you do?

You can and should tell the officer that you wish to exercise your right to remain silent.  While you are at it, you should ask to talk to an attorney as soon as possible.  Perhaps you think this is “not being cooperative” and that it will get you into more trouble.  You are wrong.  First, the cop is not your friend so don’t walk on egg shells to appease them.  Second, you cannot talk your way out of the situation, I promise.  If you talk to them you will be making their case stronger against you.  If you tell them you want to exercise your right to remain silent, they must by law stop asking you questions that are designed to get you to incriminate yourself.  Of course, be polite and respectful, but be firm and tell them you want to invoke your right to remain silent and that you will not be answering any questions.

This will not stop them from asking you to do field sobriety tests, asking you to take a roadside breath test, or potentially making an arrest.  However, neither will answering all their questions.  I have handled hundreds and hundreds of DUI cases and cops don’t let people go with a warning for DUI anymore.  This isn’t the 1970s.

2 – You Don’t Have to Do Field Sobriety Tests, But Refusing Them Can Be Used Against You

Officers may ask you to do Field Sobriety Tests during a DUI investigation.  Why?  They want to collect evidence that you are impaired.  They will often say, “I just want to make sure you are OK to drive.”  Perhaps you believe this means you’ll be allowed to drive home if you simply pass the tests.  However, if you’ve had more than a couple of beers, you will not pass the tests.  They are designed to be very difficult to pass.  Many sober people cannot pass the test.

During Field Sobriety Tests you will be given dozens of instructions to follow and the officer will fail you if you even miss two of the instructions.  If you think simply completing the test is passing, you are wrong.  Most people I meet with think they did OK on the tests.  However, the police give them a failing grade.  The deck is stacked against you and whether you pass or fail is a subjective decision left only to the cop to decide.  There is no way to go back and check his work.  Often the tests are not recorded, so it’s the cops word only.

So, what happens if you refuse the Field Sobriety Tests?  However, it is important to understand what refusing to participate in the field sobriety tests will mean for your case.  Washington case law allows a prosecutor to use your refusal to participate in field sobriety tests against you in a later trial.  They will be allowed to argue that you would have done the tests if you were sober.  They will argue that the only reason you refused the test was because you knew it would show that you were guilty.

How do you combat this argument?  It is all about how you frame the issue.  Nothing requires you to do the tests in the rain or the cold.  If an officer asks you to do the field sobriety tests, you are free to agree under certain conditions.  You can say, “Sure, I’ll do the tests if my passenger can video record the tests.”  The officer will likely refuse to allow the passenger to get out of the car for safety reasons.  However, if the prosecutor tries to argue that you only refused because you were guilty, that argument will look stupid given that you actually agreed.  Another thing you can say is that you have an attorney who told you that the tests are bogus and told you not to do the tests given their unreliability.  It will be much easier to argue to a jury that the tests are unreliable because they are not recorded and purely subjective based on what the officer says.  Lastly, if you intend to take the breath test, you can simply tell them that a breath test is better evidence and you’d rather just do that.  Remember however that a breath test can hurt your case if you blow over the legal limit.

3 – Roadside breath tests are inadmissible at trial against you, but can be used to prove probable cause

If the cops ask you do take a roadside breath test in one of their portable breath tests, you should refuse.  By law, they must tell you that the test is not admissible at trial against you.  What does that mean?  If you blow over 0.08% on a portable breath test, a jury at a later trial will not be provided that information.  First, the portable breath tests produce no record of the results, so it would simply be the cop’s word as to what the results were.  Also, the tests have not be scientifically validated as accurate.  For those reasons, they can’t be used against you at trial.

You may ask, well why not take the test then?  The reason is simple.  Cops also have to have probable cause to make an arrest.  Imagine you are pulled over for speeding.  Imagine when the cop asks you to take a breath test, you invoke your right to remain silent.  Imagine also that you refuse to take the field sobriety tests unless you can record them.  They may have very little evidence that you are impaired at that point.  However, if they ask you to take the roadside breath and you agree, you will be helping them to establish probable cause.  Probable cause means that the officer has enough reason to believe more likely than not that you have driven while impaired.  It certainly helps their cause if they can say that you blew over the legal limit.

I know I said that they cannot use it against you as evidence at trial.  However, a probable cause hearing is a different type of hearing.  It can be used against you at a probable cause hearing.  So what does this mean?  It means there is no good reason to agree to the portable breath test.  I often hear cops tell clients that they are being offered the portable breath test and that it is voluntary.  If the client asks whether they should take it, the officer will say, “If you don’t take it, I’ll have to decide whether to arrest you based on what I’ve seen so far.”  This subtly suggests that taking the test will somehow make sure you get to go home if you pass.  However, law enforcement routinely arrests people who blow below the legal limit.  Taking the test will basically never get your out of a DUI charge.  So, take it at your own risk.

You can ask for an attorney during the traffic stop, but the officer is not required to stop his DUI investigation to let you use your telephone.  He can proceed with asking you to do field sobriety tests, requesting a portable breath test, or making an arrest.  However, the officer cannot proceed with questioning you after you ask for an attorney.  Therefore, the officer would have to avoid asking you whether you’ve been drinking, how much, and where, etc.

Typically, you will have to wait to talk to an attorney until you get back to the police station.  However, this is good, because you have an absolute right to contact an attorney before proceeding with DUI processing.  Usually, the officer will give you access to a list of attorneys if you don’t have a specific attorney you wish to call.  If none answer, you can insist on having a phone book or your phone to keep looking for an attorney to talk to.  The police may try to push you to proceed with DUI processing (breath test, etc) before you’ve reached an attorney, but you are free to keep demanding the opportunity to contact an attorney.

An officer may try to say your insistence on speaking with an attorney constitutes a refusal to take a breath test, but you will have a very defensible position to challenge the DUI if they take this position.  Regardless, you should never waive the right to talk to an attorney before proceeding with DUI processing.  If you choose to waive this right, you can and likely will make a mistake that you will later pay for.

5 – You have the right to additional testing, including a blood test

If you are offered a breath test, you must also be advised that you have the right to additional testing, including but no limited to a blood test.  A blood test is the most accurate indicator of blood alcohol concentration.  Therefore, it pays to seek a blood test.

If you are not booked in jail, the police often have no duty to help you obtain additional testing.  You have the right to take a taxi to get your own blood test.  However, if you are booked into jail and request a blood test, the police have a duty to help you obtain a blood test.  The reason is that by not helping you, they essentially make it impossible to get the test.  Being stuck in jail makes it impossible to take advantage of your rights.  Why is this important?  If they interfere with your right to get a blood test, it can lead to dismissal of the criminal charge altogether.
If You Have Been Charged With A DUI In Clark County or Vancouver WA, Time Is Of The Essence!