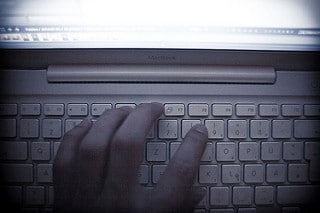 How are search warrants handled in child pornography cases? Today, In State v. Besola/State v. Swenson, No. 90554-1, the Supreme Court of Washington considered whether a search warrant in a child pornography case was specific enough in what items it instructed the police to seize.  Ultimately, the Court decided that the warrant was unconstitutionally overbroad and ordered that the evidence that it led to was inadmissible at trial.

The Fourth Amendment Being Tested In Court

The Fourth Amendment of the US Constitution requires that search warrants “particularly describe[e] the place to be searched, and the persons or things to be seized.”  A search warrant that is not specific enough in what it orders police to seize is unconstitutionally overbroad.  Evidence seized under an overbroad warrant can be excluded from trial, meaning it can’t be used against the defendant.

In this case, the search warrant ordered police to seize all of the defendant’s:

The warrant also stated at the top that it was related to an investigation of “Possession of Child Pornography RCW 9.68A.070“.  Pursuant to the warrant, police found child pornography which led to both defendants being convicted.

The Supreme Court of Washington, on review, ultimately decided that the search warrant in that case was unconstitutionally overbroad.  This meant that the defendants’ convictions were reversed an all evidence obtained by the warrant would be excluded.

Search Warrants Must Be Specific

The Court further explained why warrants must be so particular in what they allow the police to search or seize.  The warrant must be specific so police don’t have wide discretion in deciding what to search and seize.  Such ambiguity lets police, rather than a judge, decide the bounds of the search and seizure.  Also, warrants must inform the suspect of what items the police will be allowed to seize.

Interestingly, the Court further stated that warrants that affect First Amendment (freedom of speech) rights must be even more specific in what they permit the police to seize.  Because the right to possess adult pornography is protected by the First Amendment, the warrant had to be particular to the “most scrupulous exactitude”.

While the Court held that merely referencing the child pornography statute at the top of the warrant was insufficient to keep the warrant from being overbroad, the Court did argue that using the language of the statute itself to describe the materials sought would have likely made the warrant sufficiently particular.

The Court relied heavily on State v. Perrone, a 1992 Supreme Court case, that goes further into the rationale if you are interested.