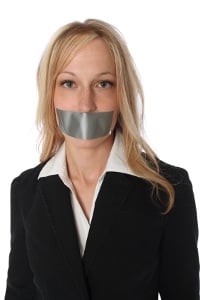 The Fine Print In Plea Deals

In State v. Neiler, the Division Three of the Washington Court of Appeals considered this question in a case of vehicular assault. Michael Neisler plead guilty to two counts of vehicular assault when he caused a car accident with a blood alcohol concentration two and a half times the legal limit. The accident left one victim badly injured and the other victim blind and permanently physically disabled. The defendant and the prosecutors agreed that the defendant would plead guilty to both counts, including an aggravating factor for the victim who was left blind and disabled.

Here, the standard range was between twelve and fourteen months. Because the maximum sentence for the crime was 10 years, defendant’s agreement to plead to the aggravating factor potentially opened him up to as much as 120 months in prison. In exchange for his plea, the prosecutor agreed to “defer to the Court with respect to sentencing”.

Based on everything, the trial court sentenced the defendant to 72 months prison. He appealed the conviction and argued that the prosecutor violated the plea deal by making the above statements.

Plea Agreements Are Treated Under Due Process

In Washington, plea agreements are treated as contracts involving a defendant’s fundamental right to due process. For that reason, a prosecutor must recommend to the court whatever terms upon which the parties agree. The prosecution must act in good faith and answer any questions the court may have about the agreement. This requires that a prosecutor not try to undercut a plea deal by expressly or implicitly circumventing the agreement. A prosecutor cannot provide unsolicited information to the court via “report, testimony, or argument that undercuts [its] obligations under the plea agreement.” For instance, a prosecutor cannot offer someone a sentence on the low end of the range, but then argue what a dangerous criminal the individual is (in a underhanded attempt to get the judge to not follow the agreement).  Such an argument undercuts the spirit of the agreement.  In such a circumstance, a defendant could withdraw his or her guilty plea.

Here, the appellate court decided that the prosecutor did not undercut the plea agreement, because the parties agreed to a sentence that was longer than the standard range based on the aggravating factors. Therefore, the prosecutor was not prohibited from laying facts sufficient to support the exceptional sentence. The prosecutor was simply prohibited from making a specific sentence recommendation because she agreed to defer to the court with respect to sentencing.  From there, the judge had wide discretion to give the defendant whatever exceptional sentence the court felt appropriate.  With such uncertainty, it is vital to know what one is agreeing to in a plea deal, because for Mr. Neisler there is no going back on his plea now.