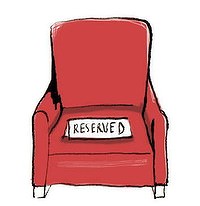 Voluntary Absence From Trial & The Right To Be Present

Who says ‘The show must go on’? At least in Washington courts, an absent defendant can be tried and convicted.  This week in State v. Thurlby No. 91220-3, the Supreme Court of Washington decided that a defendant in a felony drug case waived her right to be present at her own trial and conviction when she failed to show up for the last day of her trial.

Tammera Thurlby sold methamphetamine to a police informant and was charged with felony drug delivery.  She showed up to the first day of trial and was instructed to come back the next morning for the second and final day of her trial.  She no-showed and the court issued a warrant for her arrest.  After calling around for her whereabouts and hearing nothing, the court decided to proceed with trial later that day.

The Constitutional Right To Be Present At Your Own Trial

The defendant was eventually arrested on the warrant and given an opportunity to explain her nonappearance before being sentenced.  The defendant said her mother underwent an unplanned surgery and her mother told the court the same story.  Nevertheless, the court decided to proceed with sentencing, finding that the defendant voluntarily skipped trial.  The defendant appealed the decision, arguing that the trial should not have proceeded without her.  On appeal, the Supreme Court decided the issue once and for all.

In deciding whether a defendant “impliedly” waived the right to be present at trial, Washington law requires a three-part analysis, which comes from State v. Thompson.

An appeals court will not second guess a trial court’s ruling that a defendant impliedly waived the right to be present at trial as long as the trial court takes the following steps and reasonably could have decided that the defendant did “knowingly and voluntarily” waive the right. The trial court must:

The Supreme Court found that the trial court did consider all of the factors that were required.  The trial court considered it important that the defendant never informed her attorney or the court of the medical emergency before (or during) her absence.  Rather, she simply took off and only explained much later after being arrested again.  Also, the court decided that choosing to be with her mother rather than coming to court was just that, a choice, albeit a potentially difficult one.

Because the client chose to be with her mother than be in court, despite knowing that she was aware that the trial was scheduled for that time, the court decided that her absence was a voluntary one.

So, as they say in show business, “the show must go on”.