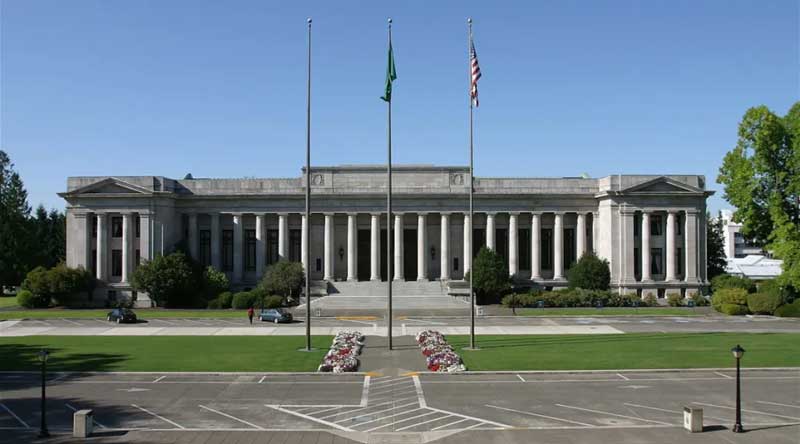 At a signing ceremony Thursday, Inslee called the legislation “a much more appropriate and successful way to address the needs that underlie drug abuse.” He did veto a portion of the bill (Section 21) that would have created a new penalty and had that penalty go into the new account that was created. Activity in the account is funded by the state General Fund.

“This legislation will help reduce the disparate impact of the previous drug possession statute on people of color,” he said. “It moves the system from responding to possession as a felony to focusing on the behavioral health response.”

The law will stand for two years and then legislators will have to pass new laws on drug possession. However the Recovery Navigator program which is being established statewide, will remain in place. Program connects people with drug disorders to a wide range of recovery care resources.

The advocacy group Treatment First WA has been at the forefront of decriminalization efforts in Washington State. Though a 2020 campaign failed due to complications in getting needed signatures during COVID crises, the group attempted to get broader treatment-first initiatives passed in 2021. The measure passed the House committee but ran out of time and didn’t meet the legislative deadline.

Moderates and conservatives insisted that simply removing penalties would leave people with little motive to get treatment. These penalties, they argue, set a standard that wouldn’t be subverted by local anti-drug laws. Such an eventuality would leave a hodge-podge of laws that would be confusing and difficult to enforce.

State legislators are hopeful that even more progressive measures can be signed into law once the benefits of the current programs become evident. Washington State citizens seem to be generally in favor of decriminalization according to a poll by FM3 Research. The survey showed that 71% of respondents preferred a treatment-first approach to drug policy.

Oregon is moving forward even more aggressively by decriminalizing all drugs as of November 2020. And they are not alone among other states who are moving towards more progressive drug policies. Maine, Vermont and California all have significant legislature moving forward that emphasize legalization of a broad variety of “recreational” drugs.