What to Expect From a Washington DUI Conviction 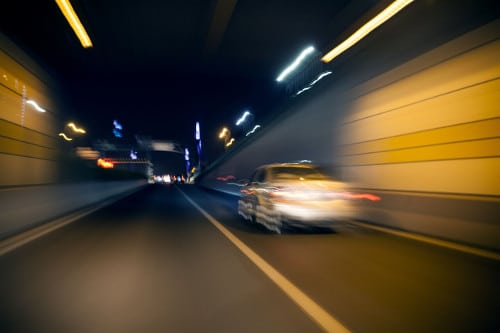 Hi, I’m Roger Priest. I’m a local criminal defense attorney here in Vancouver, Washington with Vanwa Legal PLLC and today I want to talk with you about a question I get from a lot of my clients. I often get asked, What should I be worried about if I get convicted of a DUI? What are the consequences? So, there’s a number of things that you need to keep in mind that will likely happen if you’re convicted of a DUI but there are basically five majors things to be keeping in mind. So, let’s talk about them.

First and foremost, if you’re convicted of a DUI in the state of Wahington, DUI carries what they’re called mandatory minimum sentences. That means that no matter what the judge has to give you at least this much time for sentence.

DUI, unfortunately, carries a mandatory minimum sentence of one(1) day jail for a first offense, that can be converted into fifteen(15) days of house arrest. And if there are aggravators like a high BAC or refusal it actually be more time required in jail. And if you’re hit with a second offense you could be looking at a quite a bit more and mandatory minimum sentences up maybe even more than a month in jail. And it gets even progressively worse for a third offense so that’s something to keep in mind.

The second thing you need to know is that you will be facing five(5) years of probation. So, typically when on probation there are gonna be a number of things you need to do. First, the court is going to require that you do alcohol treatment, you’ll also have to attend what it’s called, The Victim’s Panel. And often times, you need to be aware that bad behavior while on probation can actively cause you to go back to jail or certain things like driving while suspended or driving without insurance. So, it’s very important that you understand what the terms of probation require so that you don’t have to go back to jail.

So, for a DUI conviction in the state of Washington, the first time you’re convicted you will have to have the ignition interlock device installed for a year. If you’ve previously had to have it installed for another DUI conviction the second time around you’ll have to do for five(5) years and it can go up to ten(10) years from there as well.

Lastly, the fifth major consequence of a DUI in the state of Washing is that you will have to carry SR-22 insurance. SR-22 has basically added insurance protection that you have to pay for. It is required for thirty-six(36) months for a DUI and the rates it’s hard to say because every insurer charges a little bit differently. So, it’s certainly something you’d want to contact your insurance provider and you can call around for a competitive quote as well. As well as if you ever let that lapse it will automatically resuspend your license and if you’re on a DUI probation that could be bad news. So, always something that keeps in mind.

So, I hope this has been informative if you have more specific questions or if you’d like to talk to a local DUI attorney like myself, Please give us a call here at Vanwa Legal, a free consultation is always available and we’d love to hear from you.

Thanks and have a great day!